...the first work that could be said to address the crisis directly is 'Myths in Critical Times'. The spark that brought this work into being was a populist and ultra-conservative political view which people were expressing frequently and openly in the Netherlands at the time, namely that Greece and its 'antics' (meaning its inability to get its finances under control) were dragging Europe down to a level far below what it deserved.
So, in 'Myths in Critical Times', Greece is Zeus transformed into a bull (because the metamorphosis includes a lie, since he does not appear as he really is).
To construct the bull, she used pieces of photographs she took herself of various Athenian monuments wrought in white marble. To construct Europa, she used bits of maps of our continent on which one could make out the names of European cities.
You could say the work was ironic in spades. That said, Maria Ikonomopoulou has never shown any interest in employing irony as a tool. If the work is to some degree amusing, it could stem from the tragicomic aspect of events and the dark, self-deprecating sarcasm of a Greek artist faced with an expressed lack of trust in Greece and a phobic prejudice against the country.
Another work,'The Glory of Critical Times', confronts 'Myths in Critical Times' - literally, as it was mounted on a wall directly opposite it. The work shows zero percent — a 0.0% — made out of pages taken from the financial sections of various newspapers. The work was inspired by reading the financial pages in the Press, which are traditionally printed on pink paper which fades easily in a recognizable way. Moreover, the sense of the ephemeral (which is archetypally bound up with the concept of printed newspapers) is something Maria Ikonomopoulou has always been interested in, and it is certainly no coincidence that she has been using newspapers as raw material for her work for many years... 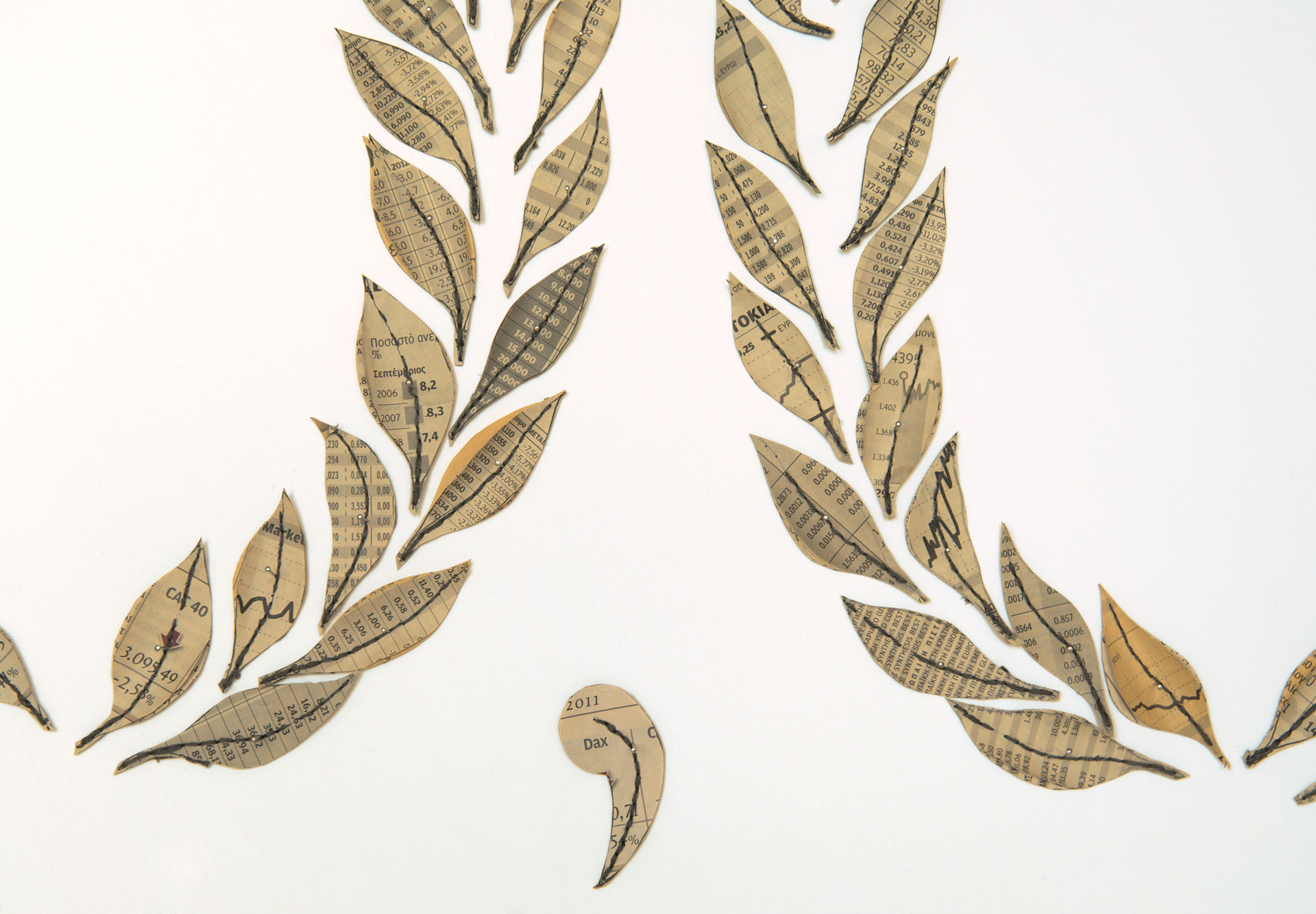 The Glory of Critical Times detail 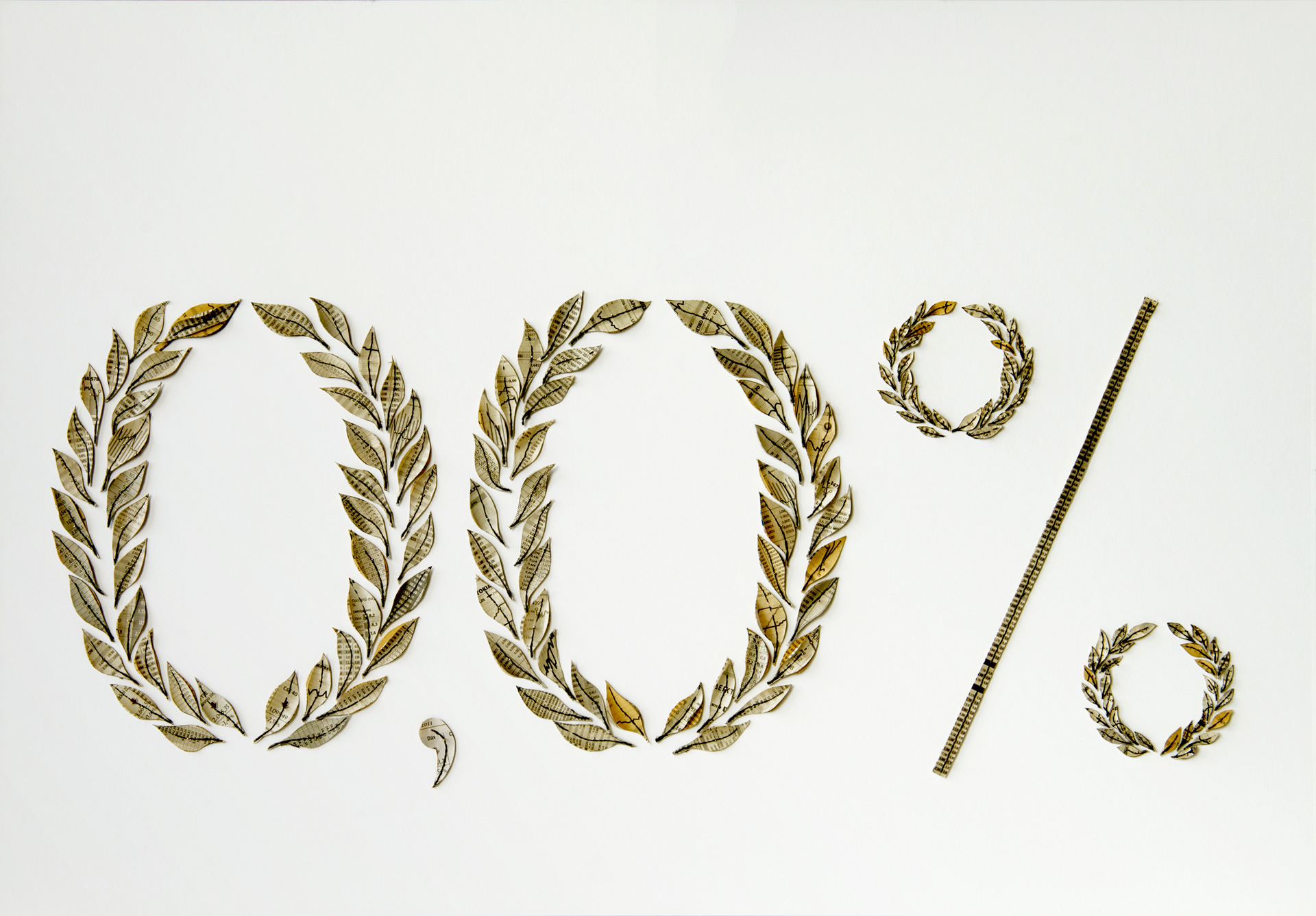 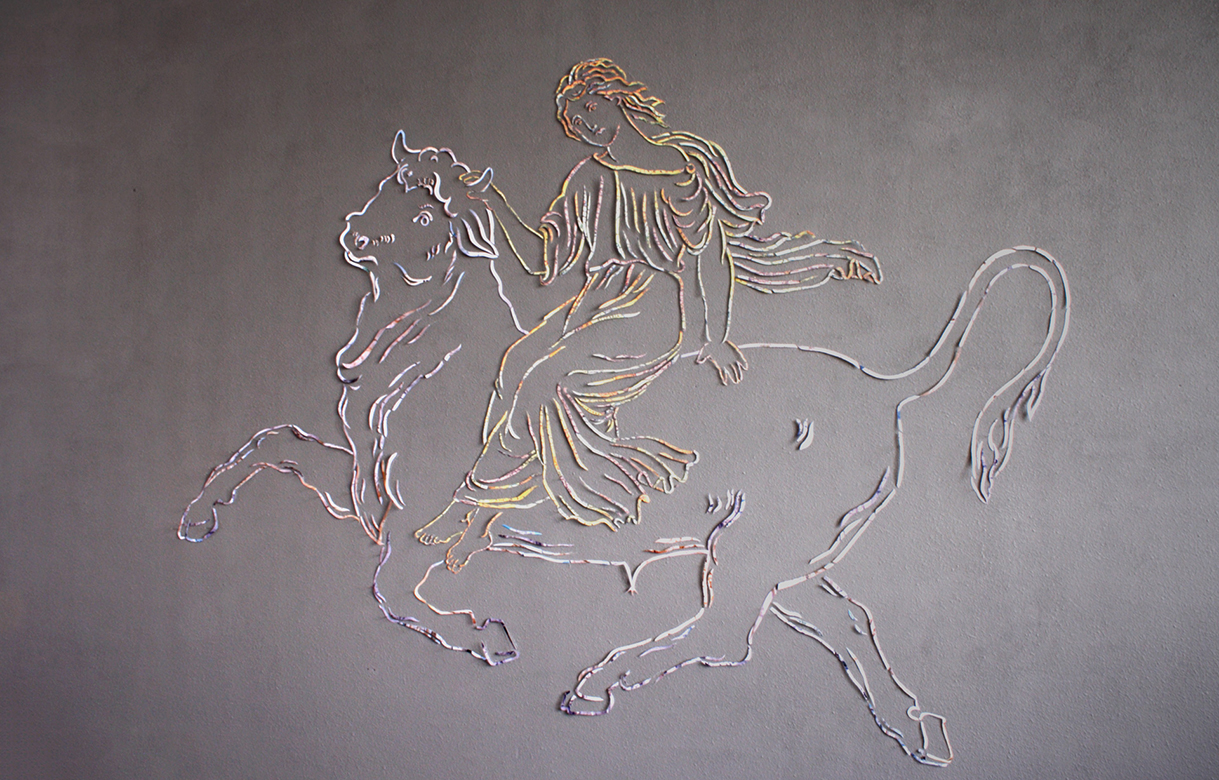 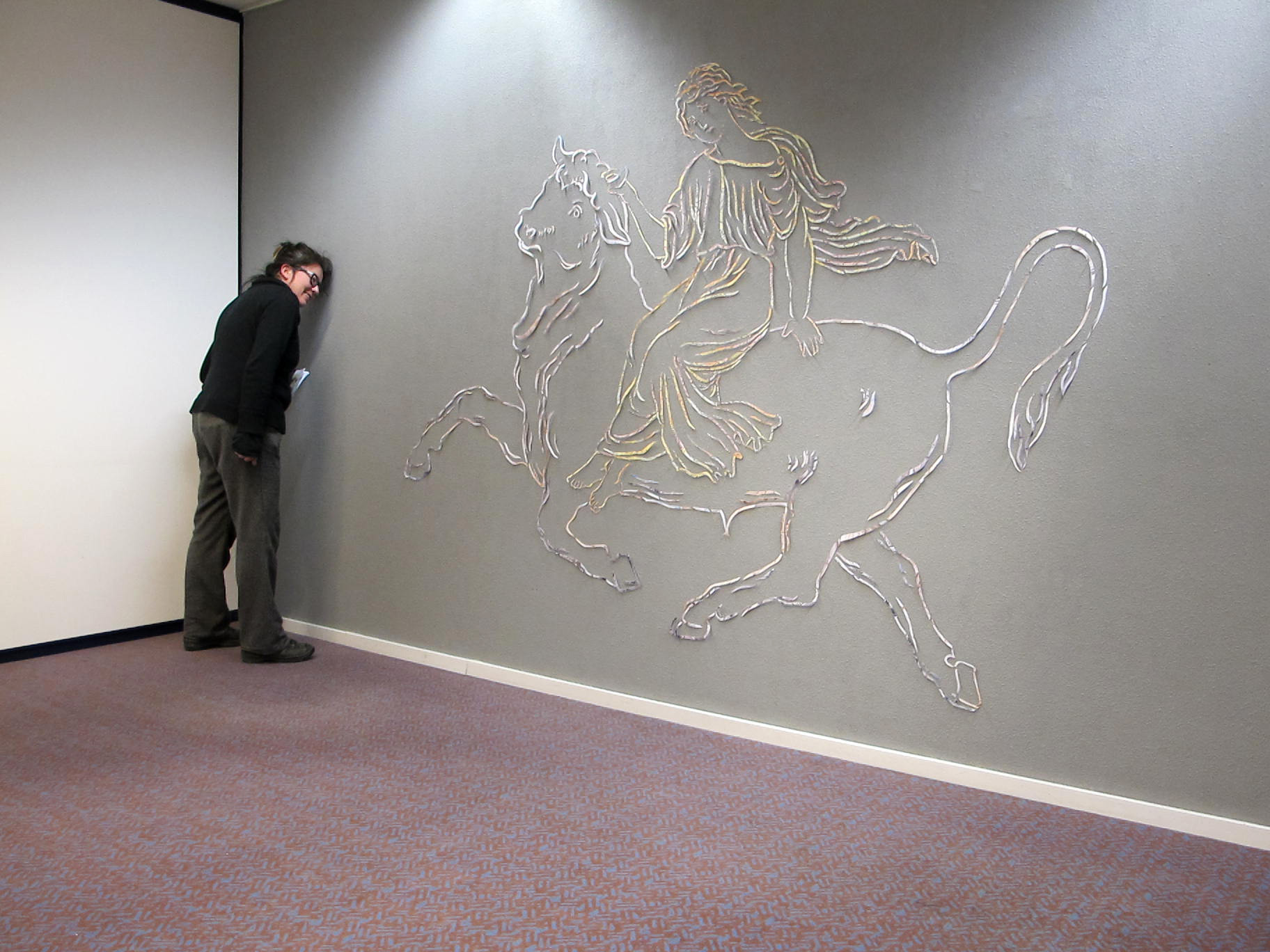 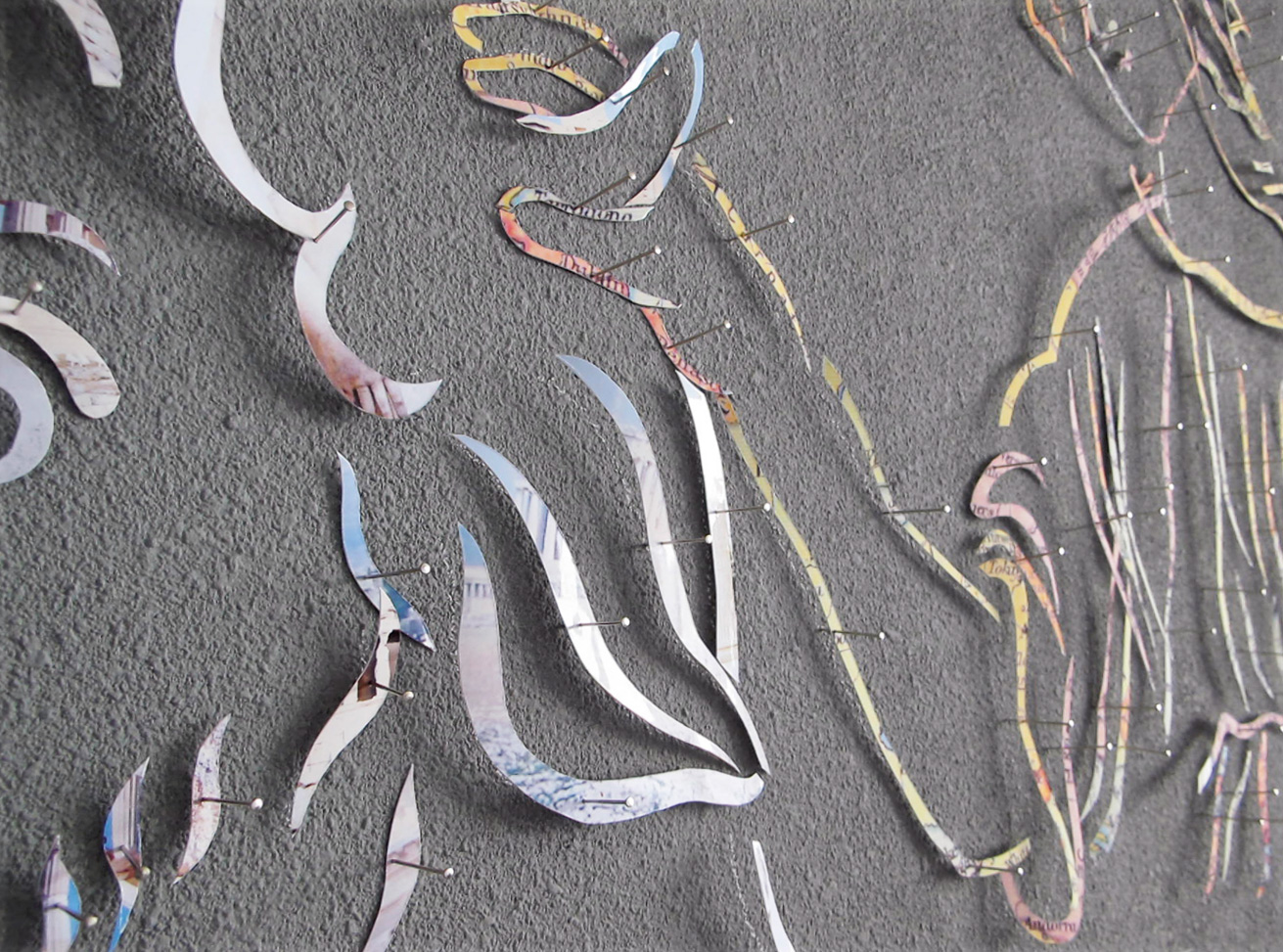