intervention The series explores how the space between people sometimes seems to have an almost solid form, as if the individuals share a connection. Other times, that space feels empty, as if there's nothing to connect them. Collected newspapers photos of athletes, politicians,activists, movie stars and so on have being reproduced and being marked with red embroidery.
The series debuted at the Arco art fair in Madrid (2004) as an outdoor intervention. Laminated black and white photocopies, embroidered with red thread are exhibited on a tree in the centre of the city. The project continued with images printed on canvas and embroidered. 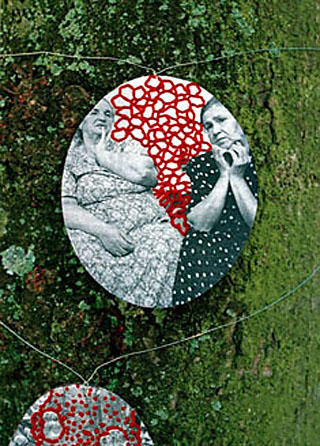 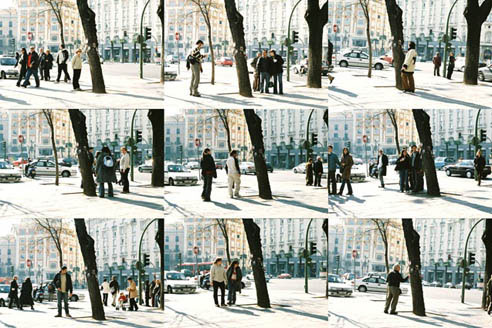 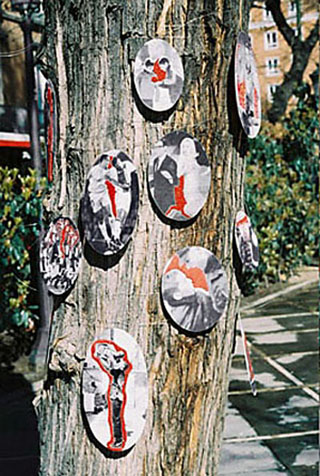 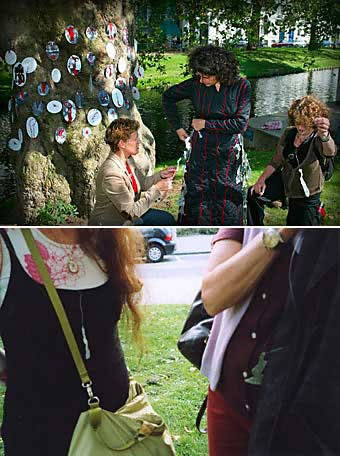 The second presentation took place in Rotterdam during the festival 'De wereld van Witte de With' 9/2004.
The artist herself was present at the location. She wore a dress that she had designed especially for this occasion. The dress was covered with aluminium objects refering to the shapes of the 'between spaces'.
People passing by were asked to make the artist 'less heavy' by taking
one of the objects from her, as to wear it themselves. 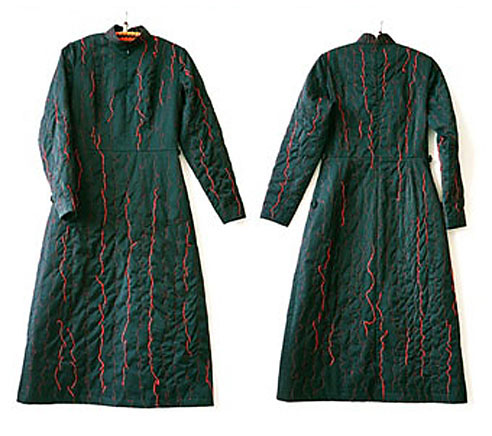 Aluminium objects refering to the shapes of the 'between spaces' 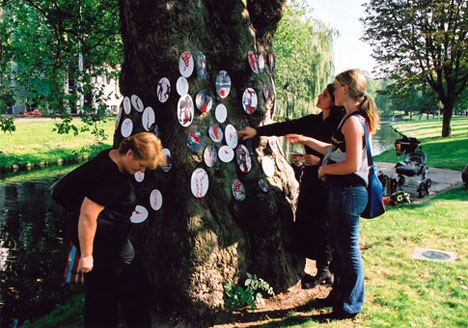